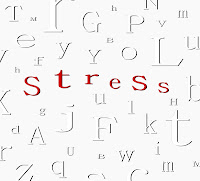 If you live in Singapore, pick up a copy of today's The Straits Times and flip to the Recruit section! Here's the original version of the article they published today...

When I bring up the topic of word stress to a group of Singaporean professionals, I’m usually met with blank stares. Word stress plays a minimal role in Singapore English, but an enormous role in the intelligibility of your English when speaking with people internationally.

Don’t know what I’m talking about? Let’s look at a simple example.

The word calendar can be broken down into 3 syllables: cal-en-dar. Of these three syllables, one is stressed more than the others, meaning it is said louder, longer, at a higher pitch, and/or with a purer vowel sound. In this case, the stressed syllable in Standard English is the first one: CAL-en-dar.

Over time, and due to other language influences in Singapore, this word stress has shifted to the second syllable. It is very common to hear calendar pronounced as cal-EN-dar.

This pronunciation has little resemblance to the standard one that many international visitors to Singapore learned while listening to British English recordings during their English as a Foreign Language class. If people don’t seem to be responding to what you say, it could just be a simple problem of word stress.

Two-syllable words surprisingly present some difficulties. These words are so short it’s amazing that a simple shift in word stress can make such a huge difference – but it does.

Most two-syllablle nouns and adjectives have stress on the first syllable. In Singapore however, this stress is often moved to the second syllable, or both syllables are given equal stress.

Some words I often hear in Singapore are collEAGUE (instead of COLLeague) and purCHASE (instead of PURchase). This pattern of word stress is so ingrained in Singaporeans, many will fight me on this point until they are blue in the face (if we don’t find a dictionary before then).

And it’s not just Singaporeans! One of my clients, a non-Singaporean and non-native English speaker, told me he had been busy writing up purCHASE orders. When I corrected his pronunciation, he resisted and said that this time I was definitely wrong. I asked him where he heard the word pronounced this way, and when he said, “From my collEAGUES!” I realized we had a larger problem on our hands!

As if things weren’t complicated enough, two-syllable nouns, when used as verbs, shift their stress to the second syllable.

Unfortunately for us, there are many exceptions to this rule. Some words will remain the same (keeping stress on the first syllable), such as answer, picture, travel, visit and several others.

Words with several syllables can be even trickier than their short, two-syllable friends. We saw stress shifting with these words when they changed from noun to verb form. Mult-syllabic words can shift their stress based on word form as well; there just aren’t any hard and fast rules governing the process.

Take the word economy for example. This is a good one for our trying times. Make sure that when you talk about the ecoNOMic crisis, that your pronunciation isn’t in crisis! The stress should be on the third syllable, not the second. Words like PHOTograph and phoTOGraphy are similar.

So, how are you supposed to know how to stress a certain word? Luckily for us, online dictionaries usually have a recording you can play so you can hear the proper pronunciation.

If there isn’t a recording, or you’re looking up your word in a real dictionary, there will be a short vertical line just before the syllable that takes the stress.

If you had never heard about word stress before this article, please don’t get too stressed out! Think of word stress as a tool in your arsenal against misunderstanding. If someone is having trouble understanding you, pay special attention to how you are stressing your words. Sometimes it isn’t what you say, but how you say it that matters!
Posted by Heather at 4:13 PM

Heather
I am a speech and language trainer based in Singapore. My job is to help you speak clearly, correctly and confidently so you can effectively share your passions and knowledge with the world. Follow my blog for tips to becoming a better communicator!